The day slowly dovetailed into the crepuscular hours. The time when shadows lengthened and the hustle and bustle of the city diminished considerably to an inconsequential buzz. People were indoors now and as usual, there was no electricity supply hence several generators ranging from the popular “I better pass my neighbor” to the huge Mikano generators that powered some of the mansions in the milieu blared defiantly that time.
It was an irritating gallimaufry of noise that everyone had gotten accustomed to. John Ugbe locked the door of his house and clutched his gun securely to his body. He was now on duty.
The few stalls that were still open by that time housed a few traders who took it upon themselves to provide late-night services to anyone who required basic culinary condiments like Maggi, salt, obenetete, and whatnot that constituted the daily gastronomy of the average Nigerian.
John Ugbe walked up to one of these stalls, hemmed in by weather-beaten planks and lit up by a candle. The woman in the store, about 30 years old sat like a frustrated apparition and her expression looked deadpan. None of these bothered John anyway.
“I wan buy cigar”, he called out.
The woman stood without asking him how many sticks of a cigarette he wanted to buy because John was her customer. She walked to a rack that tilted to the right and was perplexingly still standing, perhaps by God’s grace, and pulled down a packet of cigarettes. She ripped off the nylon that served as its wrap and produced two sticks from within. John handed her two crumpled notes and received both sticks from her before going on his way.

Fred Kunene propped himself on a rock and stretched out his feet to the tar road. His gun slung across his shoulders as he splayed on the floor in an inelegance of slumber. He looked like a “sleeping ignominy”. Spittle cascaded down his mouth and got mixed up in his sweat which subsequently absorbed in his usual dowdy chemise which he wore every other night. John walked up to him and shook his head dolefully.
“Somebody’s father”, he mused and shook the groggy Fred who was startled and reached for his gun.
“Calm down, it’s me”. There was a slight irritation in John’s voice.
Fred relaxed and looked at him wide-eyed. “You came late today”, he managed to say in a sleepy voice as he wiped the spittle from the sides of his mouth and wiped his hand on his pantaloons. John was more irritated.
“I did”, he agreed. “However, you’ve got to quit sleeping on duty. We are paid to guard this area and not to sleep”, John argued taking a seat on the long, wooden chair that was propped up against an uncompleted building.
“Ok sir”, Fred answered with a mock salute. John giggled.

The night wore on and Fred was fast asleep again, John didn’t bother him. He just stubbed out the last cigarette when he saw a car from a distance turn wildly into the adjoining street and race off the tarmac. Something didn’t seem right with the car, John thought to himself. He clutched the gun to his sides again and placed a .38 police special in the holster around his waist. He wanted to wake Fred up but he didn’t want to bungle things up due to Fred’s idiocy so he mounted the bicycle that was propped against the wall and rode mechanically, avoiding unnecessary attention if anyone was abroad lurking around by the dead of the night towards the direction in which the car had sped.
As he rode towards a ledge that distinctly stood out near Chief Mbakwe’s house, the biggest mansion in the area surrounded by Corinthian Columns and loosely embroidered by ornate designs, gilded plating, and golden gates. The house always arrested John’s attention but this evening, it didn’t. He pulled up by the ledge and heard shrieks of people just below the ledge. He ducked behind a pillar and assumed a feline crawl to the edge of the ledge. The ledge was a famous landmark in the town and couldn’t be altered even by the best civil engineers; therefore, the road winded off the ledge.
Just below the ledge were men clad in white and red cloth. Girls were bound to stakes and a few others were tethered to tables. He shivered, saliva collected in his mouth as he unslung his gun and placed it within shooting range. He decided to wait patiently to know what was going on, he regretted not tagging Fred along but now it was too late to regret it. He saw some of the men spread out the legs of the girls and ravish them in turns before placing their heads on a platter and decapitating them. A non-decipherable hum ran through their lips as they carried out the nefarious acts.
John shivered and almost screamed but he composed himself; that would be giving himself away to the murderous men. He brought out a small cowrie strung alongside a red and white cloth from his pocket and muttered some incantations before twirling it around his head and binding it to the nuzzle of his gun with another white cloth. This little ritual seemed to rejuvenate him as he took his first shot into the ungodly company. The men were astounded; one of them went down. He released several other shots with his long gun and his .38 police special and several other men went down while only a handful took to their heels. The salvo attracted the attention of the denizens of the area and soon people were abroad wondering what was happening. 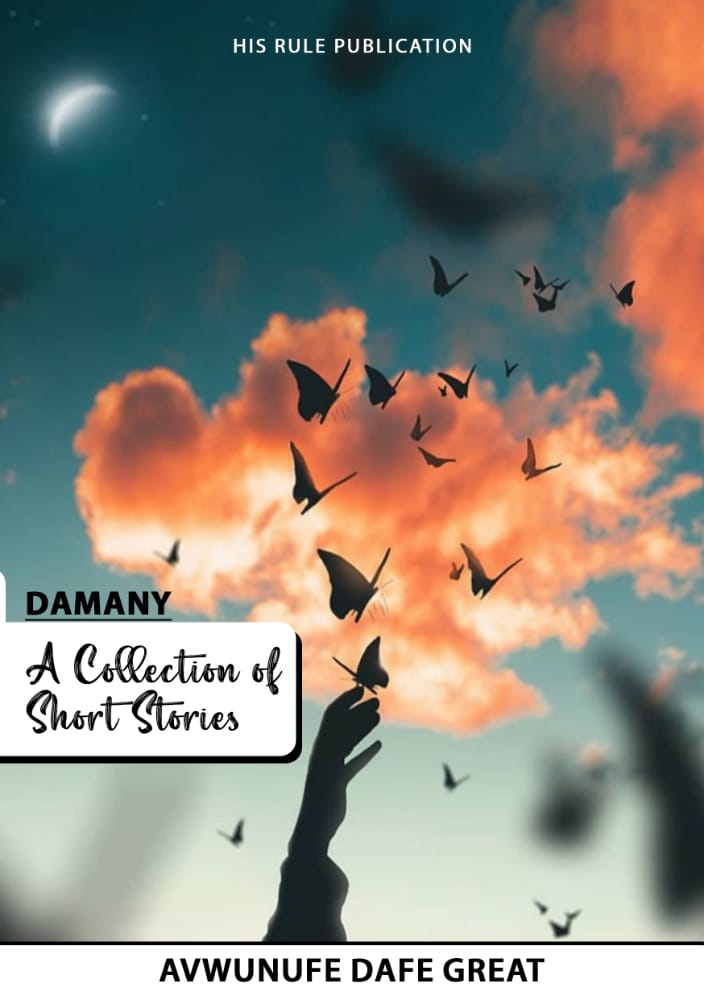 John slung the gun on his shoulders and negotiated a sloppy declivity down the ledge accompanied by some young men to the girls who survived.

1 thought on “A COLLECTION OF SHORT STORIES”