With the rate at which social media has come to stay in our generation and practically in our lives, we seem to stand between it being a friend or an enemy. With information it has also brought about misinformation and with knowledge, it’s own form of darkness. 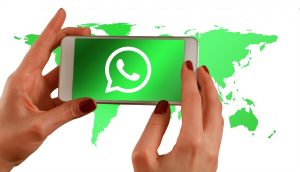 About 10 years back, we would have never believed, our mums, dads or even grandmas and grandpas would be interested in whatsapp or who’s liking their pictures on Facebook. It’s such a great change, more people-greater technology like never and I can’t wait to have a floating house.

Social media however is the soul of communication, we seem not to bother if there is a back end reading our intimate chats, looking through our pictures and listening to every voice note we send and receive. A lot of people, oblivious of this, use social media as a tool to spread whatsoever is pleasing to them even if the information is very wrong and slanderous. Social media is used as a tool to bully and at a point you wonder if the bully is the app icon or the person on the other side messaging you. Why? Because you cringe each time the cyber bully says a word.

Social media is a mirror so the fear is imminent, your picture is displayed publicly except when you decide to go private and so anyone can make a joke out of you even if you did nothing wrong. That’s the power.

My phone has been my friend in searching for things I don’t know and subjects that I need clarification on, so it’s been a habit to read anything that catches my fancy and if possible gather as many views (from different sites on the same subject) as possible but I’ve realised how much of a temptation it has been not to admit that “I don’t know”, when asked a question. All I had to do was use the search engine or look up one picture on social media. While submitting to this temptation, the only problem was going back to dwell on what I searched for on short notice.

In other words, the 21st century social media sells your brain to robots who can help you think and the more you load them with questions, they gain a greater capacity to answer you with thousands of brains working to answer- it gets better than you. So when going for an interview, you trust your search engines, it’s only seconds away. We lose our independence to social media and remain dependent on its content rather than build greater knowledge from what we learn on it. The power to think has been slowly taken away from youths and teens who solely depend on social media. They read but they don’t meditate, they look yet they leap. 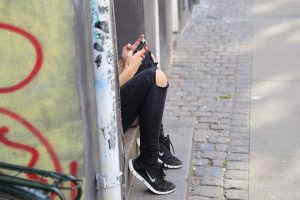 Social media has taken the place of relationships. Husbands and wives are married to phones, making virtual friends and moving into virtual homes yet they aren’t in a virtual world. That’s the power.

I must sound like a villain to social media now but as I said earlier, I write to tell you to take control from whatever habit social media has pulled you to. Social media needs your consent to make you dependent or independent. It is good, we have never felt this good, choose how you want it to respond to you; as the controller or the controlled?