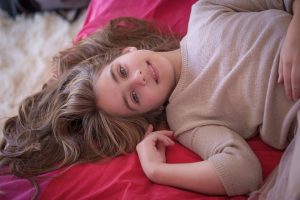 Male virginity has always been of less importance because sexual prowess is seen as important to masculinity. In women, virginity is seen as a very important factor. It is regarded as a valuable commodity in some cultures; In Western culture premarital sex and loss of virginity by a woman may be considered shameful to the individual or brings shame and dishonor to her family. The virgin woman is expected to bleed (this shows that the hymen is intact) when they have sex as a sign that she is a virgin. The problem with this theory is the hymen. The hymen is a thin membrane that is just inside the vaginal opening. It can be a little bit complicated because not all women possess a hymen and in those who have it, it varies. It is easy to imagine the hymen as a wall or a structure that needs to be broken but the hymen itself also has an opening in it, to enable flow of menstrual blood and other secretions. The hymen can be lost by excessive exercise, horse riding, e.t.c and such women who have lost their hymen will not bleed when they have sex the first time. Some women may have sex and still won’t lose their hymen. Generally, the opening is in a crescent shape, but it varies from woman to woman. Some have very small openings, and some even have multiple openings in the hymen. Two percent of all women are born with a closed hymen, which is called “imperforate,” and that requires surgery to open them up so period blood can flow through.

Sexual activities are generally influenced by social rules that are culturally specific and vary widely. Different groups within societies promotes their views of sexual morality in various ways, including through sex education, religious teachings, seeking commitments or virginity pledges, and other means.

You are in control of your sexual activity so you have to make sure you play it safe. As virginity helps reduce risks of contacting a sexually transmitted infections and diseases, it also helps reduce spread of diseases. It can sometimes help keep partners together and make partners more faithful. Losing your virginity is not a big deal as making sure you and your partner are ready for sex and are prepared for some of the possible consequences of sex (pregnancy).

Thank you for reading this new edition on #HIWAB , please don’t forget to drop your comments on this topic, and also, like and subscribe to our page to keep getting notifications from us. Have a blessed week.